Helping Improve the Quality of Life for Children and Adults

Get More Information NowSee how we can help you today! 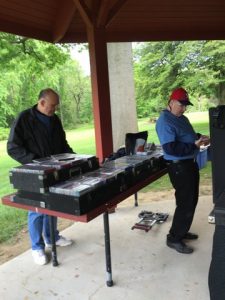 He’s been with The Arc of Burlington County longer than all our employees and most of our clients, and if his plans work out, he’ll be with us at least another five years.

For anyone who’s ever come to one of our monthly dances, summer picnics, holiday parties, or walkathons, Steve’s the DJ usually at the front of the room with all that complicated-looking equipment playing great music. And it’s always a safe bet that whenever he’s around, things are going to be lively. 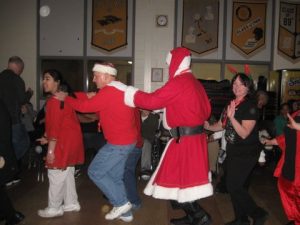 Steve’s history with The Arc started way back in 1980 when a DJ friend of his, Mark Gross, and he both worked a club in Langhorne, PA. Mark had a connection with The Arc and often played Arc events. He invited Steve to work with him on a number of occasions, and when he left, Steve, who had made his own connections, became the regular DJ for Arc events.

In those days, DJs used records, CDs and turntables and all the bells and whistles most young people have probably never heard of today and with none of the electronics they use now to cue up songs instantaneously. He worked staff parties and various VFW and Knights of Columbus halls, still using the up to the minute (for that era) equipment he had always used. Then Steve was in a bad car accident that put him out of commission for about a year. During his long period of recovery, he started learning more about new technology DJs were using and decided that if he wanted to continue doing his thing, he’d better get current and learn some new tricks! When he was well enough to return, he had already connected with his soon-to-be new partner, Larry Simmons, who was already ahead of the game with modern equipment. Larry had a new sound system that was both innovative but still compatible with some of the old CD techniques Steve was used to. Gradually they upgraded to all the very 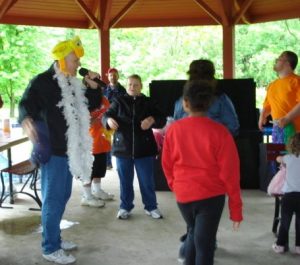 modern equipment they use today.

Steve’s not just a music guy, though. When he’s not out DJ-ing, hes a tax examining sp 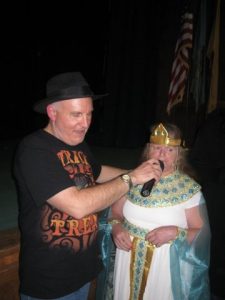 ecialist with the Internal Revenue Service in its Philadelphia office (which translates, according to Steve, into auditor). Prior to that, he was in processing — entering all the data everyone includes in their tax return into the IRS computer system. He said he came into government work relatively late in life — at age 44 or so back in 1995. On a whim he took a civil service test because the IRS provided seasonal work during tax season and with his data processing skills, he got a job. Steve likes what he does and the people he meets, although he knows the idea of an IRS audit scares the heck out of most people! His contact with taxpayers is relatively limited and he does most of his work on the phone from his desk and only tackles non-complex returns. He leaves the heavy-duty, dig-deep, scary returns to field auditors! Since he’ll be 66 next year, he’s planning to retire, but since his wife Linda won’t turn 66 for a few more years, they’ll hang around the area till then. Afterward, they plan to sell their homes in Pennsylvania and move to the NE corner of Connecticut, one of their favorite places in the world. Steve said they’ve spent so many wonderful times in that part of the country, that’s where they want to live. 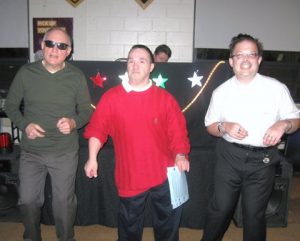 teve is also a Phillies season ticket holder and loves attending the afternoon games, through good seasons and not so good seasons. When he can’t make a game, he donates his tickets to The Arc for our clients to use.

Steve and Larry have been partners now for about 20 years and do mostly Arc gigs these days along with a few others. Steve says his days of doing wedding receptions every weekend like back in the 80s and 90s are long gone and he doesn’t really miss them. They still do the monthly dances at our various locations, along with our walkathon and holiday party, and Steve knows most of the r 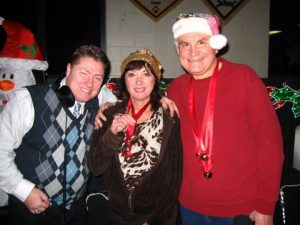 egulars. He’s amazed at how our dances have evolved over the years and have gotten consistently better. He figures he’s worked about 90% of them and is looking to another five years or so of Arc functions before his five-year plan comes into play and he heads to New England.

Steve sees Larry as his “heir apparent” and knows he’ll continue the “Steve Bessler Experience” The Arc of Burlington County has come to expect and has been fortunate to have enjoyed for so many years. In the meantime, we still have a few years left of great music and top-notch entertainment to count on. 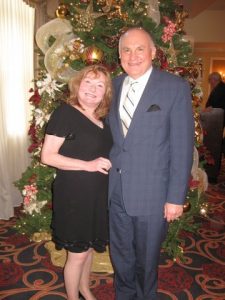 Thanks, Steve, for all you’ve done to keep us dancing and smiling over the years!

Do you need assistance with medical appointments, shopping, banking and accessing community resources? We can provide trained and caring staff to work with you or your loved one in your home or in the community.

Do you need a full-time day program that offers a variety of activities to develop communication and self-help skills, community awareness, socialization, employment basics, and transportation?

The Recreation Program offers a full range of activities that includes monthly dances, Nights Out for Dinner, day trips, picnics, swim parties and evening enrichment classes, to name just a few! Here's where you'll find out the latest on what's happening in your community.